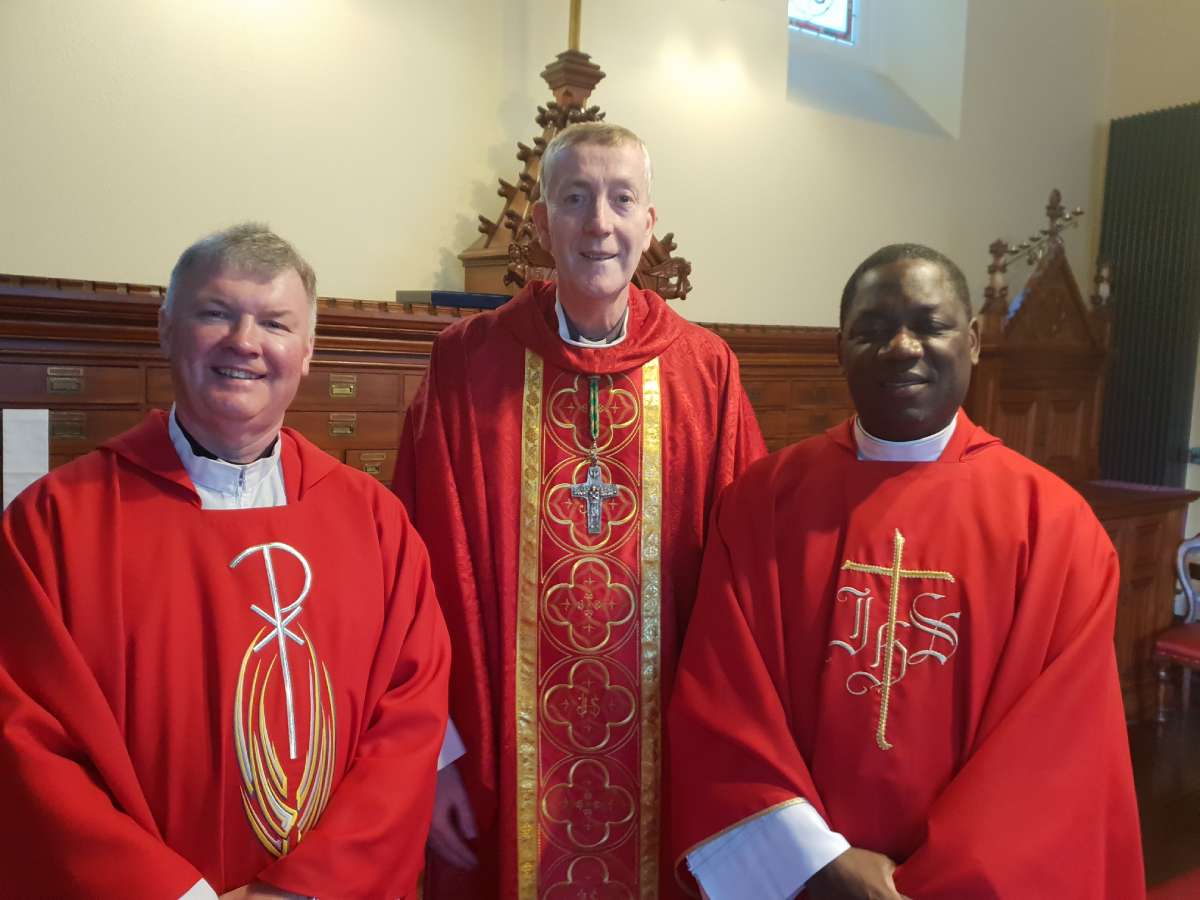 Pope Francis appointed Fr Niall Coll, Parish Priest of Donegal Town, as Bishop of Ossory on Friday 28th October. On Friday Monsignor Julien Kaboré, Chargé d’Affaires of the Apostolic Nunciature in Ireland made the announcement at a mass celebrated by Bishop Denis Nulty. Using the words often associated with the announcement of a new pope Mgr Julien told us: Annuntio vobis gaudium magnum: habemus episcopus. I announce with great joy: We have a bishop. And so Fr Niall Coll was introduced to us as our new bishop successor of Archbishop Farrell who was translated to Dublin in February 2021.

After Mgr Julien announced the apostolic mandate Fr Coll addressed the congregation acknowledging that he was as surprised as we were that he was standing before us…An Ulsterman in deepest Lenister? He admitted little knowledge of hurling but that he was always fascinated by the skill and dance of the game. His knowledge of Ossory comes mostly in the shape of the sons and daughters of the diocese whom he had encountered over the years…of religious and priests of the diocese he had met over the course of his years and the seminarians that he knew during his college days and his teaching years. Admitting that he would miss the parish of Donegal and Clar where he ministered over the past year and a half and now looks forward to his time in Ossory: trusting in the power of the Holy Spirit, the future would be a time of discernment and change in line with Pope Francis’ emphasis on the need for ‘synodality’. After thanking all present the Bishop Elect concluded: