This morning, Feb 9th, the statues of St Joseph and Our Lady were re-situated in the Cathedral. For the past ten years they have stood against the pillars at the top of the nave of the Cathedral. Their original place was within the sanctuary on the left and right pillar of the tower. This morning Our Lady returned to her original position. It was here that she stood since 1857. St Joseph’s statue is now placed on the right hand side of the sanctuary. This statue dates a little later than Benzoni’s statue. 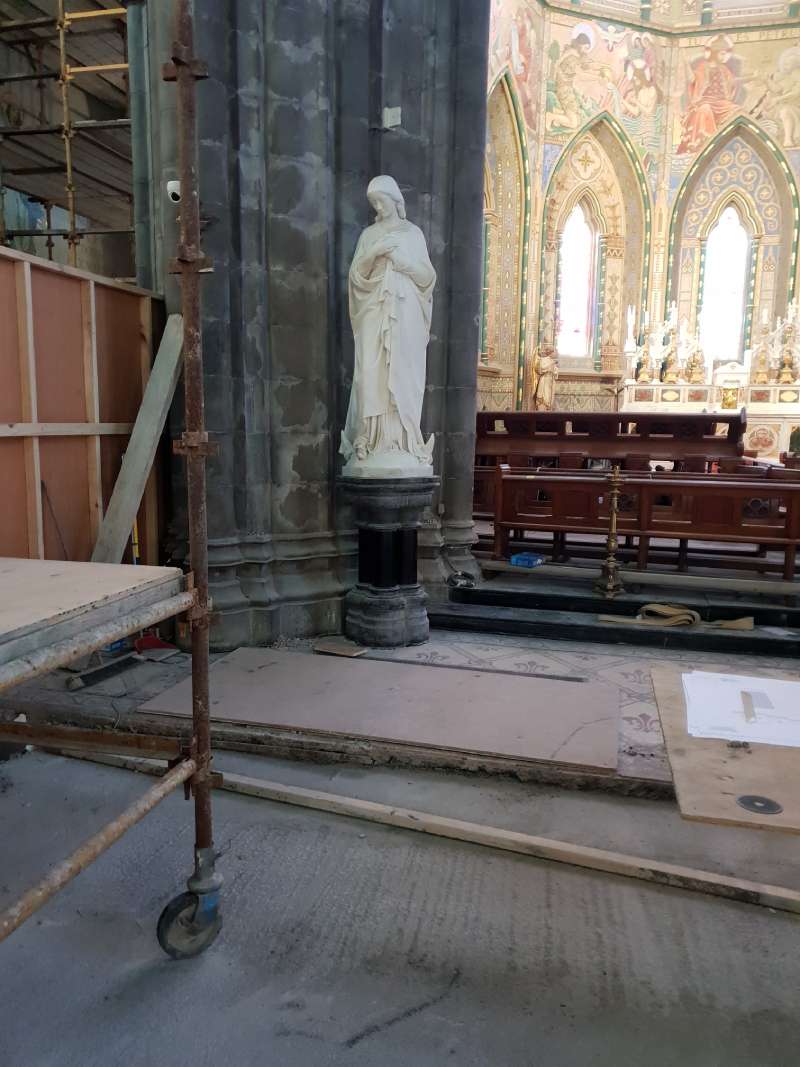 Statue of Our Lady
The statue of Our Lady is the work of the Italian sculptor, Benzoni and was presented to the cathedral by the ladies of Kilkenny at a cost 900 scudi, around £200. Sculpted in Carrera marble the statue is inscribed with his name and dated 1857. It is believed that Pope Pius IX visited his workshop when the statue was been carved. The figure is treading upon the serpent, in whose mouth is an apple. A section of the globe is beneath and the statue stands upon a pedestal of Kilkenny marble, the four pillars of which are polished, the top and base being hewn. 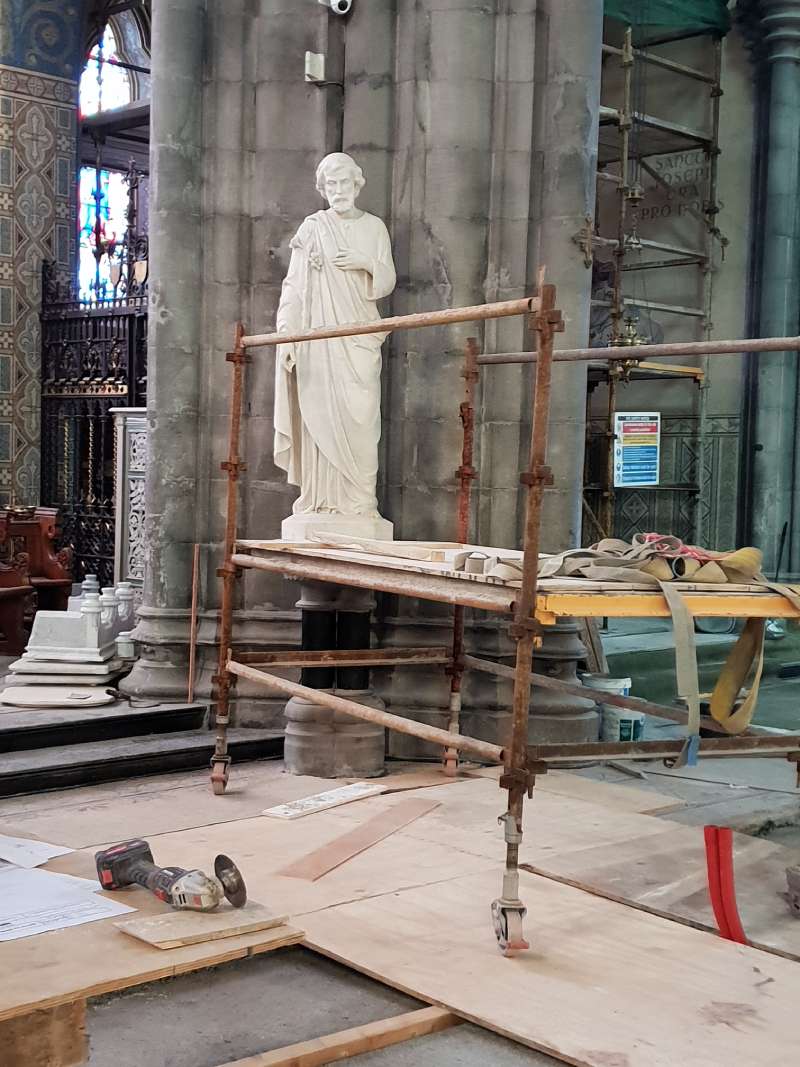