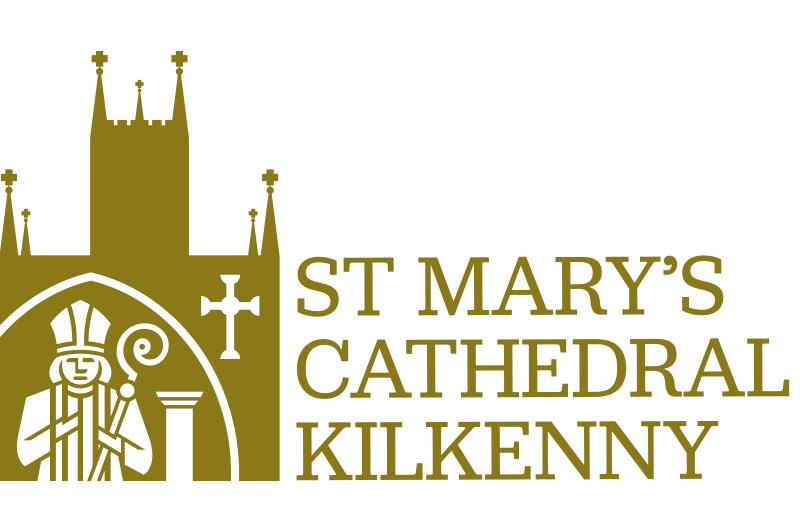 The Cathedral building stands proud over the city of Kilkenny. It is a shape and image which can be seen from many parts of Kilkenny City: it appears over the Castle as you look from the Bennetsbridge Rd, it stands proud gazing south as you look at the city from Kilcreene; it magically appears amongst the trees as you walk along the Linear Walk by the banks of the Nore; it is majestic from the viewpoint of the Dublin Rd. It is a familiar landmark in the medieval city; shrouded in mist on a spring morning; dancing in the sparkle of the midday summer sun; golden as it reflects the shades and browns of an autumn evening; it’s tower pierces the crispness of a cold winter night.

The Cross of St Kieran

Our religious roots go back to Saigher Kieran in the heart of the Slieve Blooms. It was there, in the 5th century, that the bell of Kieran rang in a dense wood, on the brink of a spring fountain that was called Saigher, and the wandering monk from Cape Clear built his cell. Here the seed of faith was sown and with the blessing of St Patrick in 462 Kieran laid the foundations of his great monastery. From here the Abbot-Bishop sent out zealous missionaries to every part of Ossory. Though his resting place is unknown there is a tomb stone in the Church of Ireland church in Seir Keiran – upon it is etched this cross: the Cross of Kieran.

From Offaly to Laois, the next religious centre of the Kingdom of Osrai was Aghaboe, the monastery of Canice and Fergal. While the See of Ossory transferred to Aghaboe in the 12th century within a short time the Abbot, Blessed Felix O’Dullany, moved the seat of the diocese to the centre of Osraí. The crest of the diocese and of its bishops incorporates the image of Kieran with mitre and crozier. The pillars represent the medieval city of Kilkenny. The crest of Edward Walsh, with the mitred Kieran flanked by the pillars of the city adorn the east gable of the cathedral.

Three elements are incorporated in the logo emphasising the parochial and diocesan reality of the cathedral. The Cathedral is truly the church of the city of Kilkenny but it is also the centre of the diocese of Ossory. The threefold elements of the silhouetted church, the cross and the Mitred Abbot point to PARISH, DIOCESE and TRADITION.

St Mary’s is truly the church at the heart of the city, the parish church of our corner of Kilkenny city.

The presence of Kieran points us further to the diocese for St Mary’s is the centre of the 42 parishes of Ossory and highlight the status of the cathedral as the Seat of the Bishop of Ossory.

The cross points us to the long tradition of faith in a church that traces its roots in Saigher Kieran before it meandered its way south through Aghaboe to the City of Canice in the heart of the kingdom of Osraí.